Italy, Island of Capri and Rome. 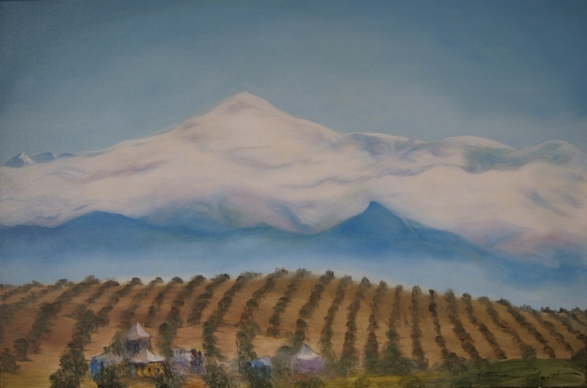 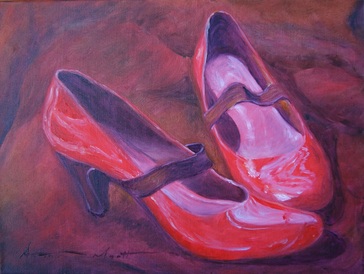 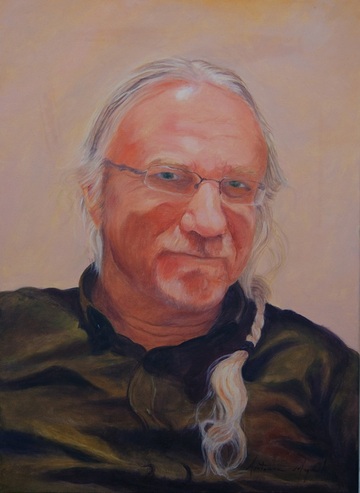 Antonia studied photography in Kent ('93 – '95) then printmaking at Somerset
College of Art & Design.  She went on to Slade in London for a course in
painting and then spent the next six years deep in the heart of Somerset where
she painted passionately, her work dedicated to her love of wildlife and the
countryside.

In 2001 Antonia moved her studio to Southern Spain
where she lived on a self-sufficient small-holding.  This allowed her the time
to learn her lessons, to paint freely and perfect her own style of painting.
Her dreamlike pictures reflect her diverse lifestyle and her vivid appreciation
of colour and light owe a lot to her early years spent in Oman and her extensive
travels since.

Antonia now has her main studio in London and
has exhibited her work most recently at Art Nouveau, Brixton. And with the Urban Edge Art avent.
Her next exhibition will be at part of the Pullens Open studio, at the Electric Elephant cafe.
SE17 3LJ on 7,8,9th June at Elephant and Castle, then at Vibe
Gallery SE16 4DG on the 13th June and then later this year at Bathealton Village
Hall, part of 10 Parish Festival, between 7-15th of September.

Antonia also illustrates and photographs for Patricia
Lim's successful series of books published by the Oxford University Press which
include “Hong Kong's Cultural Heritage – The New Territories” and “Hong Kong
& Kowloon”.  Her work has been featured in the business magazine “going
Public” in addition to several national publications.